Term editor
The Term editor is dedicated to term definition into different languages sharing the same ontology (fig.1). For every language, the Term editor provides a set of features for the definition of the term itself including definition in natural language, contexts and notes, term status and PoS. It allows to specify the denoted concept(s), i.e. the meaning of the term from a terminological point of view.
Since the different terminologies share the same ontology, the equivalent terms (in different languages) are automatically identified.
Tedi distinguishes the « terminological synonymy » from the « discursive synonymy »: 2 terms are « terminological synonyms » if and only if they denote the same concept. With such a definition, it is possible to automatically find out the terminological synonyms, hypernyms, etc.
Tedi automatically generates patterns of definition of terms in natural language. These are based on the formal definition of the denoted concepts. Thus, the definition in natural language of the term “bell krater” relies on the formal definition of the denoted concept (see fig. 2). The name of the concept, which is not a term since they belong to two different semiotic systems, is automatically built from the formal definition of the concept and the category to which it belongs.
Lettre Repères n°2 : 1er Dialogue où il est question de savoir ce qu’on définit en Terminologie, du terme ou du concept.
Ref. « Mind the Gap: Ontology Authoring for Humanists » C. Roche M. Papadopoulou. 1st International Workshop for Digital Humanities and their Social Analysis (WODHSA)- Episode V: The Styrian Autumn of Ontology, September 23-25, a Workshop hosted by Joint Ontology Workshops, Medical University of Graz (Austria), September 23-25, 2019
At last, Tedi also offers a Proper name editor. 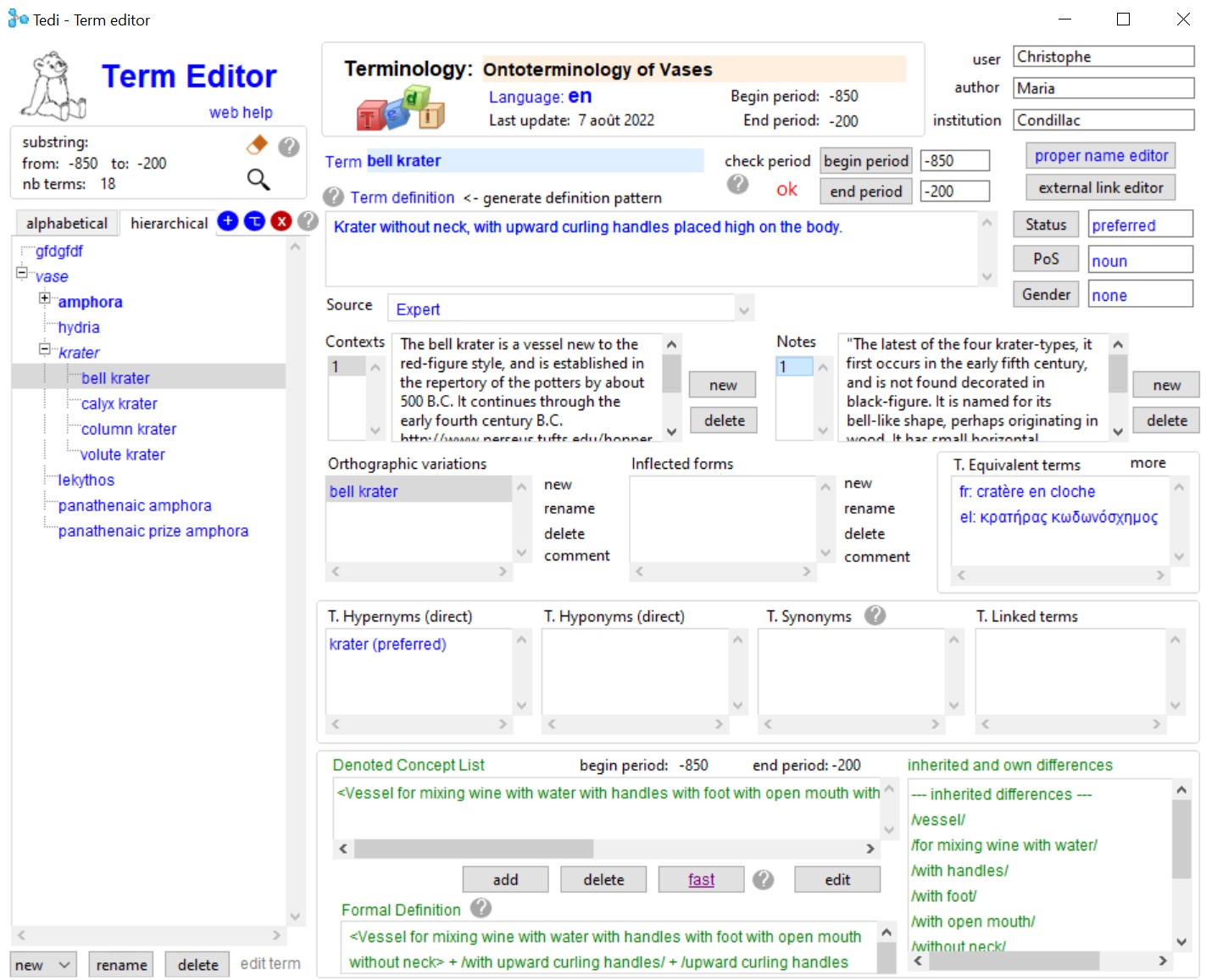 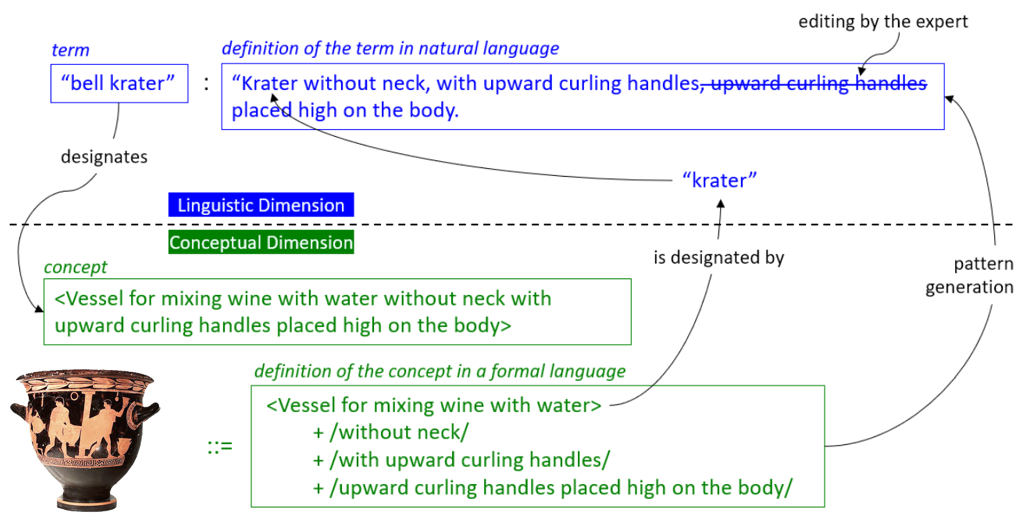