The term ‘krater’ suggests a mixing-vessel (compare Greek kerannumi – to mix), and we know that the wine served at the symposium was mixed with water. On vases decorated with symposium-scenes, a large open container with a foot is often depicted, and the name krater is appropriate. Examples can be traced back to the large Geometric examples that were used as grave-markers, and this funerary connection continues to be important. Excavations of burial-sites have shown that they could be used in Greek settlements overseas as containers of ashes, and South Italian, especially Apulian, volute-kraters often carry explicit funerary iconography. In the Athenian repertoire, there are four main types identified today: column-, volute-, calyx- and bell-. The psykter is a short-lived shape, used to cool the liquid. It is discussed here because it is often shown being used in kraters. Classical Art Research Center – University of Oxford – www.beazley.ox.ac.uk/tools/pottery/shapes/kraters.htm
Tedi Onto-Dictionary of the Ontoterminology of Kraters 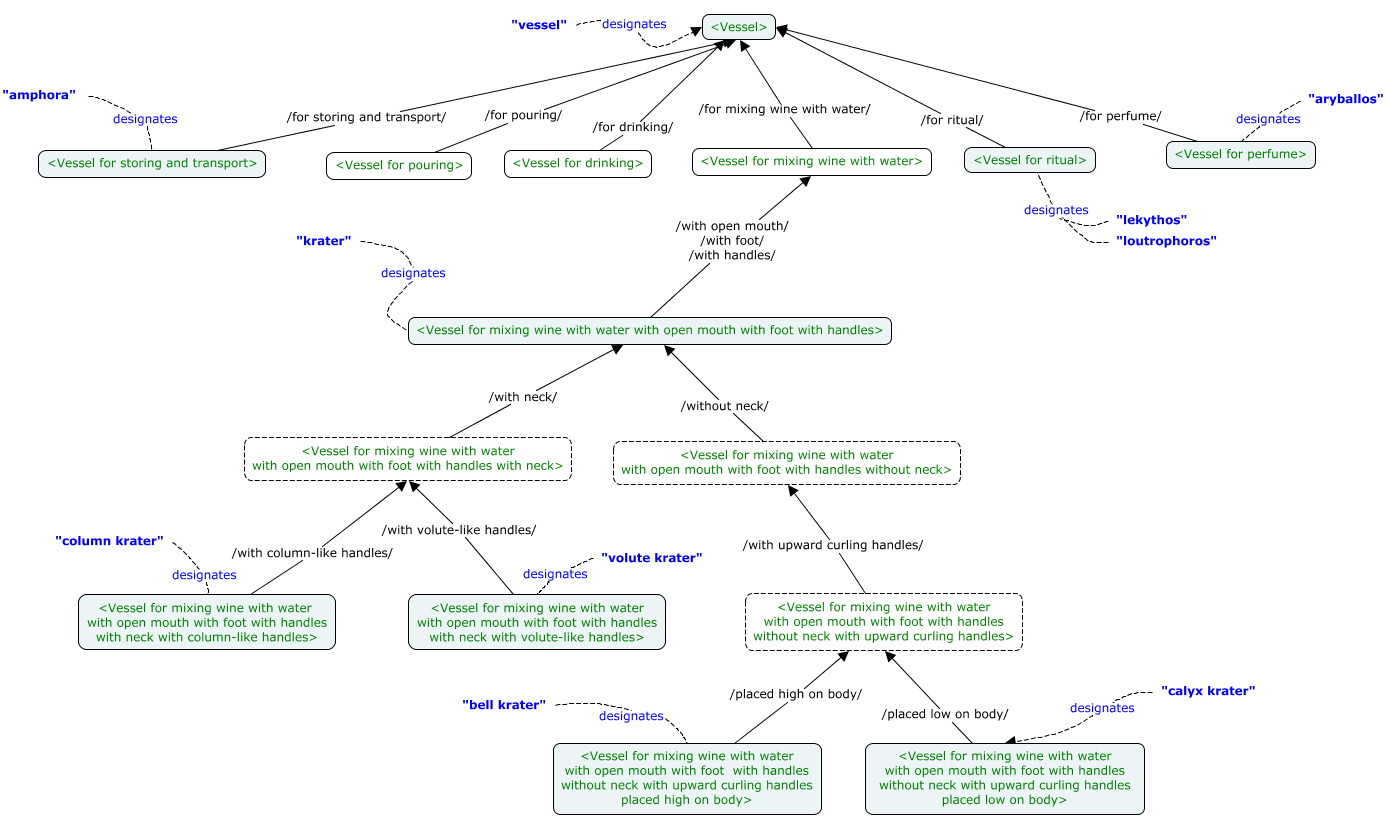